This weekend in Negril the Beckley Foundation brought together leaders from the Jamaican government, the Rastafari community, and the business community to discuss the current progress and next steps for building a regulatory framework for a legal cannabis industry in Jamaica.

The two day event was hosted by the Beckley Foundation, which was started in England in 1998 by the Countess of Wemyss, to pioneer cannabis research and policy reform. Her contribution to psychedelic science and global drug policy reform has been pivotal and widely acknowledged.

On Friday Amanda Feilding spoke of the tremendous progress and pioneering steps that the Jamaican government has already taken towards drug policy reform in recognising the religious rights of the Rastafari people, and expunging criminal records for people previously caught with minor amounts of cannabis for their personal use. The Beckley Foundation recognises the government’s commitment to medical research and the foundation is working with Jamaican Universities to participate in the scientific research of the therapeutic advantages of the cannabis plant.

Additional discussions covered the establishing of regulatory standards for which the industry will be built upon and Professor Davidson stressed “we are standards led and market driven”.

A Jamaican California grower who was in Negril for the High Times Cannabis Cup expressed concern over using Colorado as a model for cultivation standards when Colorado has so many problems with pesticides. He stressed that quality is critical to maintaining the Jamaica brand as a leading world standard.

While the initial standards have been formed by modelling examples taken from the Colorado Cannabis Industry much referenced during the two day event was given to Canadian advancements in political change, regulatory excellence, and long standing trade relations with Jamaica. 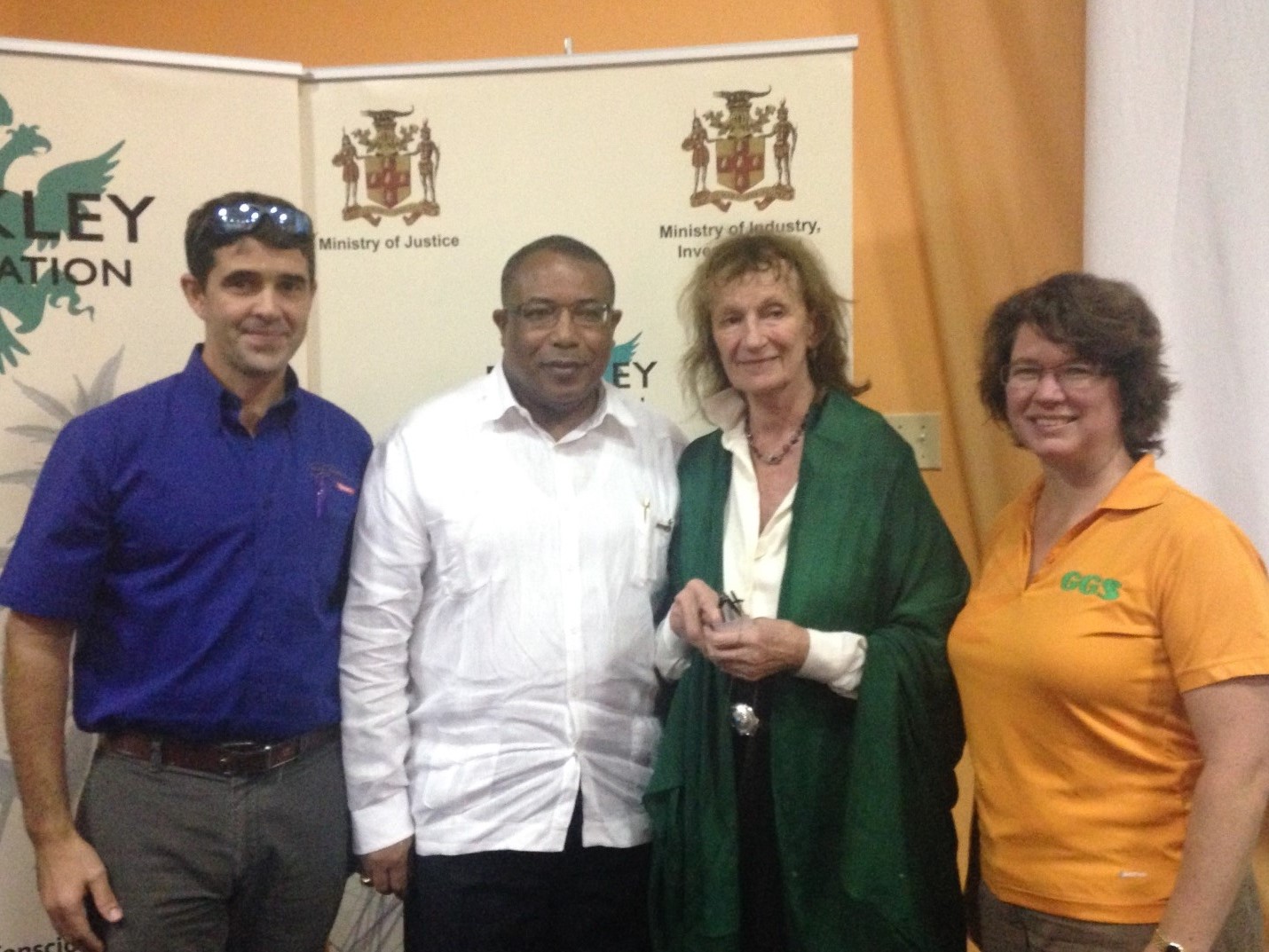 Other topics covered included greenhouse vs traditional farming, building a licensing structure to ensure that there are opportunities for local SMEs as well as international investors, the banking challenge, the importance of protecting brand Jamaica, the importance of a world class research greenhouse for cannabis plant science, and protecting intellectual property rights.

GGS Structures Inc. President, Leigh Coulter, was invited to the event and she encouraged the Cannabis Licensing Authority to consider in their licensing development the need to encourage progressive development of both greenhouse cultivation and advanced precision agriculture in traditional field growing.

Minister Hylton spoke passionately about developing a global Jamaica brand, “our brand must be protected both nationally and internationally”. The minister addressed concerns over intellectual property rights, and preventing the use of “Brand Jamaica” by foreign cultivators. Regarding the timeline, Minister Hylton said “it is important to take the time to get it right, but not too much time”.

Speaking from the side of advanced greenhouse technology and their experience working with cannabis growers throughout Canada, the many US legal states, Uruguay and Israel, Leigh Coulter stressed to Minister Hylton the importance of building a world class research facility if Jamaica truly wants to be a global leader in cannabis.

Minister Hylton reinforced in his talk that in building a regulatory system the focus will be “ not just best practices but also next practices.”

Amy Carter was born in Dover, England, and studied graphic design & advertising at Canterbury College and University of Greenwich before moving to Canada. Amy works in the marketing department at GGS Structures Inc. Having previously worked for a large pharmaceutical company Amy understands both B2B and B2C marketing. At GGS Structures Inc. our goal is to help our greenhouse and garden center customers grow their businesses.